Soysambu Conservancy is located within a key bird region. There are over 450 recorded species of birds in the Conservancy alone. The most well-known of these species of birds tend to be the Pelican and the Flamingo.  The lake and its riparian area are used as a feeding area for the greater and lesser flamingoes (Phoeniconasias major and minor respectively), that feeds on the blue green algae ‘Spirulina’ (Arthrospira fusiformis).

In addition, the lake consists of a series of islands which provide the only breeding ground in East Africa for the great white pelican and the pink backed pelican (Pelecanus onocratalus and rufescens respectively). The islands are sometimes packed with shoulder-to-shoulder nesting birds and a tightly packed host of dark colored fledglings. Lake Elmenteita does not have an adequate food supply for all these huge birds so they fly the 10 miles westwards to Lake Nakuru to fish and bring the catch back in their large beak-pouches to their young. The sky is often filled with flocks of pelicans circling in formation, seeking the thermals to lift them over the ridge to Nakuru.

Also seen on the lake are the beautiful sounding Cape Teals (Anas capensis), Cormorants (Phalacrocorax spp.), Spoon Bills (Platalea alba), Yellow-billed Storks (Mycteria ibis), Terns (Sterna spp.),  and the beautiful Egyptian Goose (Alopochen aegyptiacus). Herons and Plovers can often be seen wading on the lake shore amongst Sandpipers and Snipes, while Hammerkops and Egrets can be seen alongside the freshwater rivers and troughs. Gulls screech overhead while Pigeons and Doves coo from the Acacia trees that are always close by. Vultures may be seen from miles away and often provide the location of the scene of a recent kill. Eagles, Kites, Goshawks and Sparrow-hawks can be seen trawling the skies, keeping their eyes firmly on the ground for the hopeful sighting of an unwary rodent. If you keep your eyes wide open you will also see Yellow-necks and Francolin scuttle into the undergrowth as you approach, while Secretary birds, Ground Hornbills and Kori-bustards will entertain you for hours with their ground antics. Bee-eaters, Hoopoes, Woodpeckers and Rollers will all add color to your game driving and can be easily and frequently spotted. A night drive might allow a sighting of an Owl or Nightjar, while in the morning and evening Swallows and Swifts will swoop in flight around you and a variety of Weavers will nest-build and court before your eyes.  One of the highlights are the Kingfishers. Watch as they perch and dive, returning to their vantage point to eat their catch. Their iridescent colors glow as they catch the sunlight, making the perfect photographic studies if one has a sense of patience. These kingfishers, as well as many of the birds of prey, are largely resident breeding populations.

Soysambu is home to over 100 species of migratory birds and support globally important populations of Black-Necked Grebe, African Spoonbill, Pied Avocet, Little Grebe, Yellow Billed Stork, Black Winged Stilt, Grey-Headed Gull and Gull Billed Tern. The property makes a critical contribution to the conservation of the natural values within the Great Rift Valley, as an integral part of the most important route of the African-Eurasian flyway system where billions of birds are found to travel from northern breeding grounds to African wintering places. 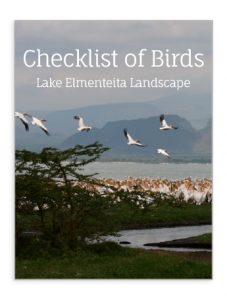 Your ticket for the: Birds